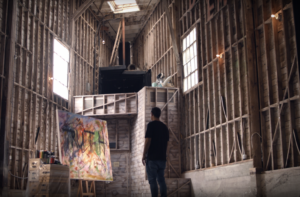 We are excited to announce that Truth to Power, a film edited by our own Michael Vollmann, will be premiering at the 2020 Tribeca Film Festival.

The film follows Tankian down an unexpected path as his passion for human rights and activism led him to become a social justice organizer in Armenia. Fueled by interviews with the band, their producers, and fellow rock icons, Truth To Power is both an energizing rockumentary and an inspiring call to action for our turbulent times.—Lucy Mukerjee

After the movie, a special performance by System of a Down’s Serj Tankian will be accompanied by the NYU Symphony Orchestra.