Interesting. Influential ’90s bay area punk band Jawbreaker is in the news. Rolling Stone named the band’s 1995 album ‘Dear You’ the #4 emo album of all time.  Why is that news at September Club? Because a feature documentary about the band — working title ‘Don’t Break Down’ — is being produced by Rocket Fuel Films and September Club, on track for a 2017 premiere. 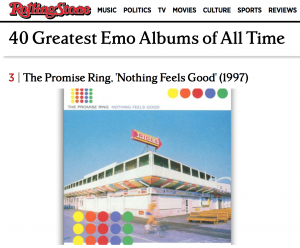 Dan is supervising the edit on “Don’t Break Down”, working with Erin Elders (editor).