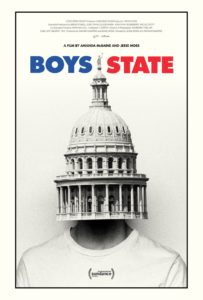 Apple and A24 have acquired worldwide rights to the documentary Boys State, a political coming-of-age story which examines the health of American democracy. A source pegged the deal at $12 million, which marks the largest sale for a documentary ever at a festival. A24 will release the film theatrically.

The previous record for the largest documentary sale at Sundance was 2019’s Knock Down the House, which sold for $10 million. Sources say Netflix and Hulu were also bidding at $12 million.