Tim Irwin grew up on skateboarding and punk rock. It was a video production class in high school that first put a camera in his hands and he began shooting his friends skateboarding and making documentaries about his friends bands. That’s where it began and he hasn’t stopped pointing his camera at things since.

Tim attended BYU where he studied sociology with a minor in film. At the time there was no documentary curriculum in the film department so Tim made his own by majoring in sociology and talking his professors into letting him make documentaries instead of writing research papers.

In 2005 Tim finished directing the seminal punk rock documentary “We Jam Econo” about San Pedro punk band The Minutemen. The Film played in 90 theaters world wide, and had it’s television premiere on the Sundance Channel.

Since then Tim has been consistently booked as a DP or Director for clients such as Fuel TV, Paramount Pictures, Fox Sports, Rogue Fitness, Sports Illustrated, Johnson and Johnson, and Oakley Sunglasses. Tim has spent the last 10 years traveling the globe shooting and directing commercials, tv shows, documentaries and corporate branding and marketing spots.

He recently finished shooting on a feature length documentary on the band Jawbreaker, Don’t Break Down, which is in post-production. 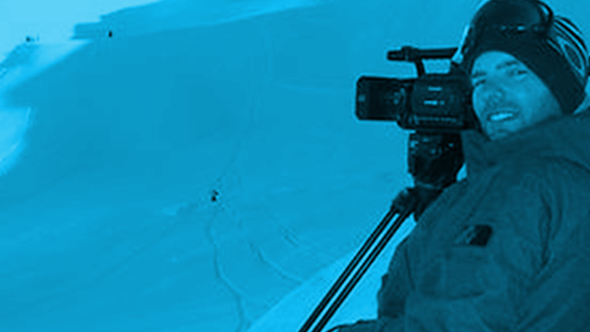