There weren’t cameras around to document the closing of the last buggy-whip store, but that’s the sensation one gets watching “The Last Blockbuster.”

This new documentary is about more than just nostalgia, however, coming as movie theaters — closed by the pandemic — face their own existential threat and wrenching changes, in ways that seemingly echo the demise of the video-rental chain. In that sense, the film proves timely in its warning about how a brave new digital world can claim casualties in terms of existing businesses and social interaction.

Filmmakers Taylor Morden and Zeke Kamm tell the story somewhat whimsically, in part through the last remaining Blockbuster store in Bend, Oregon, whose manager, Sandi Harding, has fought to stay afloat while larger trends and economic forces consume those around it. The store’s emergence as a media novelty and even tourist attraction is the micro half of this larger, macro story.

Inevitably, the film must include the rise and fall of Blockbuster, as told in part through the eyes of media figures who actually worked in the stores, among them director Kevin Smith, who immortalized those times in the movie “Clerks.”

Still, the business half of the story is equally fascinating, as the presumption that Blockbuster was simply killed off by Netflix, shifting habits and new technology is presented as a simplistic version of events. 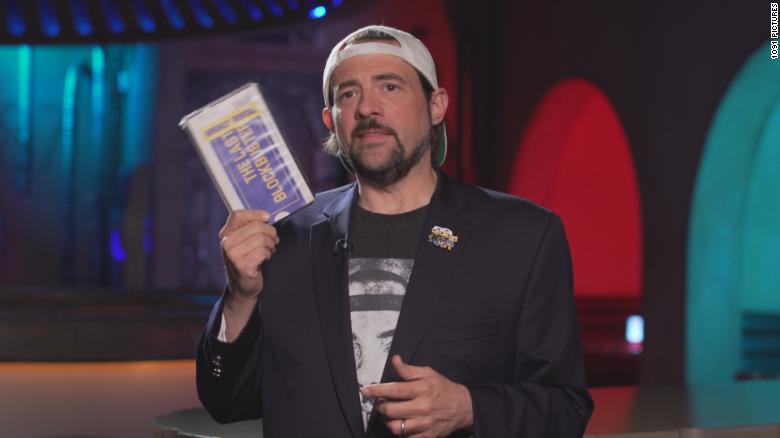 Kevin Smith in the documentary ‘The Last Blockbuster.’

As detailed here, the chain’s downfall owed as much to corporate greed, misguided decision-making (like an ill-advised “No late fees” campaign) and the 2008 financial crisis, which dried up Blockbuster’s liquidity at just the moment when resources were needed to grow and evolve its business.