THE BOOK OF MOZILLA

“And the beast shall be made legion… and the followers of Mammon shall tremble.”  — The Book of Mozilla, 3:31

It’s David vs. Goliath in the wild frontier of 1990’s Silicon Valley as a quirky group of idealistic misfit computer coders sets out to change the world with a revolution they call Mozilla — but the world has other plans.

The Book of Mozilla tells the story of the coders who embedded a series of Easter Eggs that narrates the complete uncensored history of Netscape’s battle with Microsoft. These passionate coders were in the trenches, writing the code that would connect the world, while a war of ideals raged around them. This is their story, in their own words – a dramatic tale of deadlines, geniuses and the philosophical debate that still rages between open source and proprietary software.

The story of Mozilla gives us the framework to dive into this war of ideals. This is still the early days of the internet, and we will go back even further and bring the story to present day, talking to digital pioneers like Rick Gates, Richard Stallman (GNU project, MIT & a philosophical fork), Tim Berners-Lee (and his idea and vision for a world wide web), Linus Torvalds who created the first open source system LINUX, Eric Steven Raymond, author of The Cathedral and The Bazaar, Kim Polese who was pivotal in creating JAVA, Rasmus Lerdop who created PHP, Brian Behlendorf of Apache, Larry Page and Sergey Brin from Google, Michael Widenius of MySQL, Jimmy Wales and Larry Sanger co-founders of Wikipedia, Jeff Bezos of Amazon, Matt Mullenweg, Mike Little and Michael Valdrighi of WordPress and Chris Beard current CEO of Mozilla.

We hear what open source is, why it’s important, exciting, superior – and we will also hear from people like Bill Gates, Jaron Lanier and Steve Ballmer who disagree. We see the battle wage through the lens of this first browser war, and see play out in our highest courts in the 1998 Unites States Microsoft antitrust case. We see Netscape get crushed and acquired by AOL, but we see the Mozilla cut free and a foundation emerge, that ultimately introduces a new open source browser in Firefox. Along the way we talk to the people listed above, all who were all a critical part of the philosophy and the pieces that needed to be built in order to empower uses to have access to code to they could be free to create, communicate and harness the power of the “bazaar.”

In the film, we also explore the dark side – who became disenchanted along the way and why? What are their disappointments, their celebrations?

And finally, what is the state of open source today?  The film asks the question – what would a fully open source world look like? What could our society become if we adopted the open source philosophy globally and across all platforms? Not just in software, but hardware as well. What could this mean to our election process? To our space exploration and medical breakthroughs?

Mozilla still grows, currently a not-for-profit that owns more browser share than Explorer – both however dwarfed by Chrome. And so, The Book of Mozilla is still being written… When you visit its website you begin to understand that it is powered by the people. As is WordPress. What can an all-volunteer grassroots army accomplish when empowered? Who does it threaten, and what are they afraid of? 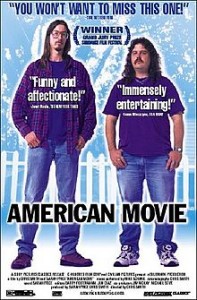 At an awards lunch in Manhattan, Chris Smith (director/producer) accepted the award. There will also be a screening of the film at Hot Docs in Toronto with a special Q&A with Smith afterwards.

For more about Cinema Eye, see its website. A small excerpt follows here:

The Cinema Eye Honors for Nonfiction Filmmaking were founded in late 2007 to recognize and honor exemplary craft and innovation in nonfiction film. Cinema Eye’s mission is to advocate for, recognize and promote the highest commitment to rigor and artistry in the nonfiction field. Understatement Alert: Frank has led an interesting life. Born in the Philippines. Raised in rural Wisconsin. Played pedal steel guitar bars and beer halls as a teenager. After a stint as a ranch hand at a working cattle ranch he attended San Francisco State University, majoring in Japanese language and literature. He moonlighted as a sideman for country western performers and spent the ‘80s freelancing for several Bay Area-based animation houses including Colossal Pictures. Was an in-demand session musician in the ‘90s, playing on dozens of recordings for legendary record producer Butch Vig (Nirvana, Smashing Pumpkins, Green Day). He directed live action commercials for Purple Onion Films and animated interstitials for Tricky Pictures, the animation subsidiary of Backyard Productions in Chicago. He co-directed the critically acclaimed feature film, The Life of Reilly, based on the life of comedian Charles Nelson Reilly. Taught animation and film studies at MIAD,sequential art at Lawrence University and wrote two books about Wisconsin history. He has made frequent appearances on NPR and Wisconsin Public Television and has lectured on film at several Universities. He has run the popular website wisconsinology.com since 2006 and writes, narrates and scores the wisconsinology podcast. His currently works out of a former 100 year old Monastery producing and directing documentaries and national stop motion commercials.

“Raiders!: The Story Of The Greatest Fan Film Ever Made”, a documentary by Jeremy Coon and Tim Skousen and edited by September Club, has sold to indie powerhouse Drafthouse Films.

See the full story in Variety, but here’s a telling excerpt on future plans:

Drafthouse plans a limited theatrical release across North America in the summer alongside a variety of VOD and digital platforms, with a Blu-ray/DVD release later in the year.